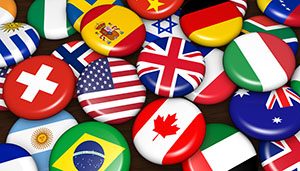 In a rebut to the Brexit doom-mongers, the World Economic Forum (WEF) has announced, in their ‘Global Competitive Report 2016-2017’, that the United Kingdom has risen to seventh place in the league of the world’s most competitive economies, leapfrogging Hong Kong, Japan, and Finland. The WEF is a respected think-tank that holds a major conference each year in Davos, Switzerland, which is attended by the world’s leading Heads of State, politicians, entrepreneurs, media titans and billionaires. This is a very positive reversal of its decline to tenth place recorded last year.

In the WEF’s database of 114 criteria, which include factors such as healthcare availability, employment systems and the macro-economic environment, the UK’s strong digital landscape, world-leading institutions, strong connections to the international economy and business-friendly regulatory system, were cited as some of the main factors in this year’s elevation in their global ranking. Of other European economies in the report, the Netherlands, Germany and Sweden ranked above the UK. In the top spot was Switzerland, followed by Singapore and the United States of America.

As a caveat to this good news, the WEF did state that the UK’s wide exposure to the global economy, its high reliance on imported goods and its economic indebtedness, with both a current and budget deficit, adversely affected the overall score. The WEF went on to say: “Although the process and the conditions of Brexit are still unknown, it is likely to have a negative impact on the UK’s competitiveness.”

Meanwhile though, the new Chancellor of the Exchequer, Philip Hammond, stated that these results: “demonstrate our ability to sharpen our edge and improve our competitiveness.” He went on to add: “This government will build on that progress, as we demonstrate to the world that Britain continues to be highly competitive and open for business.” 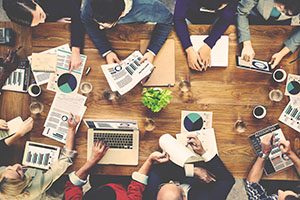 The most recently released UK labour market figures, based on the May to July 2016 period, show the UK’s unemployment rate remains at 4.9%, down from the 5.5% recorded a year earlier. With 1.63 million people out of work, a fall of 39,000 from the Feb-April quarter and 190,000 less than the same period last year; its lowest level seen since the March- May 2008 quarter.

Those aged from 16 to 64 years and deemed economically inactive (those not working and not seeking or available to work) fell by 195,000 from the previous year to 8.83 million.

The number of people claiming unemployment benefits was recorded at 771,000 for August, made up of 557,900 claiming the Jobseeker’s Allowance and 213,100 people claiming Universal Credit. At the same time, the Office for National Statistics (ONS) released data showing that average weekly earnings for employees increased by 2.3% including bonuses and by 2.1% excluding bonuses compared with the same period last year. 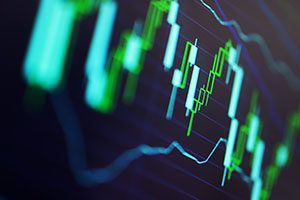 The continuing political machinations in Europe saw the Eurostoxx50 lose a marginal 0.69% to record a closing level of 3,002.24 and over in Japan, still suffering from continued deflation and economic stagnation, the Nikkei225 reversed August improvements to lose 2.59% to end September at 16,449.84.

The foreign exchange markets saw Sterling continue to drift lower against the US Dollar to $1.29 a 2.27% decline over the month and to €1.15 against the Euro, again a fall of 2.54%. Meanwhile, the US Dollar slipped by just under 1% against the Euro, finishing September at $1.12. In the energy markets Oil, as measured by the Brent Crude benchmark, also had a volatile month, but did see the price improve a little to $49.06 a barrel, for a gain of 4.29%. It is now showing a 31.6% rise in price since the turn of the year. Gold, often regarded as a safe-haven investment, clawed back some of its August losses to end September at $1,315.93 a troy ounce to record a 0.54% increase in value.

Following the shock fall to a near eight-year low of 47.4 in July, the Markit/CIPS purchasing managers’ index (PMI) of the UK’s services sector, saw a very strong rebound to 52.9 (where any score above 50 represents growth in the sector) in August.

Within the services sector, financial services, computing and IT, restaurant and hotel all contributed to the recovery.

At 5.5 points, the rise recorded was the highest seen in the PMI’s 20 year history and has eclipsed the threat of a technical recession (two consecutive quarters fall in economic activity) in the UK. In fact some observers now believe that the UK will see a modest 0.1% rise in Gross Domestic Product (GDP) in the third quarter, thanks to this data and an improvement in both the manufacturing and construction sectors PMI, also seen in August.

Chris Williamson, the Chief Economist of Markit, commenting on their latest findings said: “A record rise in the services PMI adds to the encouraging news seen in the manufacturing and construction sectors in August to suggest that an imminent recession will be avoided.” He went on to add that “there’s plenty of anecdotal evidence to indicate that the initial shock of the June vote has begun to dissipate.

“Many companies are seeing business return to normal either simply by customer confidence rising or stoic determination to ‘Buck Brexit’ and carry on regardless.”

The immediate reaction to the release was a strengthening of Sterling against the US Dollar, as it rose by 0.6% on the day to just over $1.33.

In an effort to ease ongoing fears surrounding oversupply, major oil exporting nations have reached a preliminary agreement which should see the reduction of oil production for the first time in eight years. The cut in output was agreed by OPEC (Organization of the Petroleum Exporting Countries) Ministers. OPEC is a permanent intergovernmental organization of 14 oil-exporting developing nations that coordinates and unifies the petroleum policies of its member countries. Several smaller member countries of OPEC pushed for the reduction, following the plunge in oil prices over the last couple of years, caused by oversupply and slowing demand.

It is intended that full details of the agreement will be finalised at a formal OPEC meeting in November, however early details indicate that output will fall by circa 700,000 barrels per day. The outline deal will limit output from OPEC countries to between 32.5 million and 33 million barrels a day. Current output is estimated at 33.2 million barrels per day. Crude prices surged as a result of the deal. Brent crude, the international benchmark for oil, rose nearly 6% to just under $49 a barrel on the news.

Cuts in production will not be evenly distributed among member countries, with Iran being permitted to increase production. Earlier attempts to reach a deal were foiled by disagreements between Iran and Saudi Arabia. Bijan Zanganeh, Iran’s Oil Minister commented on the deal: “OPEC made an exceptional decision today.” Nigerian Oil Minister Emmanuel Ibe Kachikwu commented it was a “very positive deal”, while Algerian Energy Minister Noureddine Bouarfaa said: “The decision was unanimous, and without reservations.”

It is reported that some scepticism amongst oil traders is evident, until the full terms of the reduction are agreed.